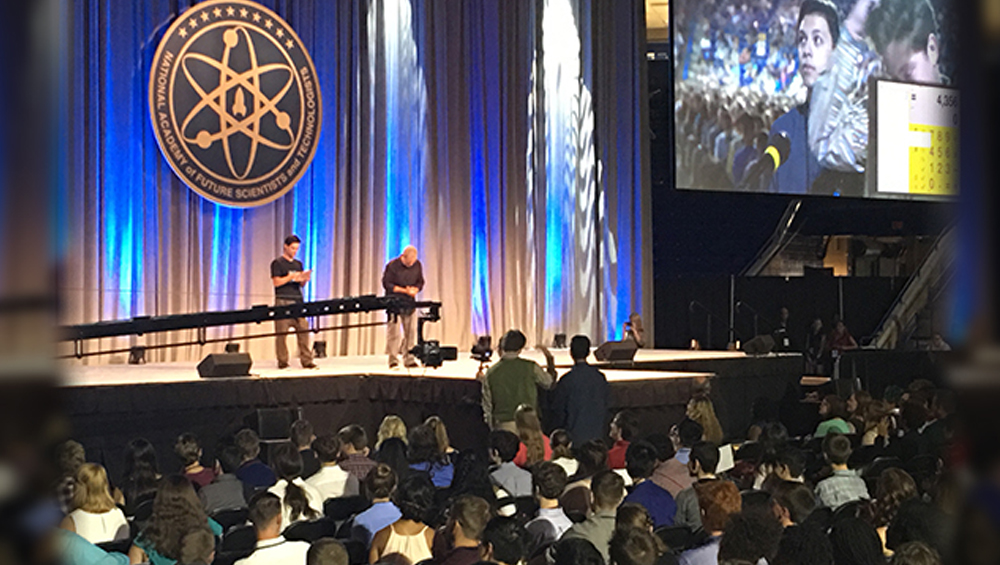 This is What Happens When You Teach Kids to be Themselves

By Dave Carvajal on July 6, 2016 in Science, Technology

My sons and I took a road trip together to attend the 2016 National Academy of Future Scientists and Technologists. The unruly romping, cajoling and banter from the car ride totally subsided once we entered the stadium with thousands of kids cheering and hollering. It was an incredible gathering of young people destined to lead the future of humanity’s great achievements. I thoroughly enjoyed learning with my boys, who were among those thirsty minds drinking from a firehose of knowledge. We geeked out on nanorobots, string theory, quantum physics and more.

It’s been a while since I was surrounded by so many pimply-faced, socially awkward teens. It highlighted for me my own awkward journey through puberty and life – my fears, insecurities, deep desires and big aspirations.

As a proud father of twelve-year-old twins, I think a lot about how I can help them reach their full potential. I want them to unabashedly believe in their dreams, and then do whatever it takes to reach them.

It takes a tremendous amount of bravery to become the best version of yourself. Sometimes staying true to who you are means facing judgement, criticism, skepticism and self-doubt. Being an innovator can mean being an outcast. I believe the only way to achieve the greatest version of yourself is by having the courage and confidence to BE yourself.

The greatest leaders of our time didn’t always fit it in. Albert Einstein wrote, “Great spirits have always encountered violent opposition from mediocre minds. The mediocre mind is incapable of understanding the man who refuses to bow blindly to conventional prejudices and chooses instead to express his opinions courageously and honestly.”

I want my sons to be courageous in their beliefs and fearless in their pursuits. The pressure to fit in begins in childhood and intensifies as children grow into young adults. We need to disrupt that. Kids need more than support. They need encouragement to know it’s okay to be different, to stand out. Let’s teach kids that it’s okay to love science or math or theater or any number of things. It’s okay to be absolutely 100% passionate about something and then pursue that passion without regard for what others might say about you. If that makes you a geek, then be a geek – unapologetically. Today’s geeks are tomorrow’s entrepreneurial leaders.

The most successful entrepreneurs are the ones with the audacity to act on their insights, create the reality they envision, take risks, disrupt markets, design entirely new categories of industry and change the world. Their first accomplishment was to discover and nurture the interests that make them uniquely who they are.

The theme of this year’s National Academy of Future Scientists and Technologists was “Greatness Awaits.” Greatness awaits those who stay true to themselves, who aren’t afraid to let their best self shine. These inventors of the future enter a new arena.

Welcome to the playground of the fearless!