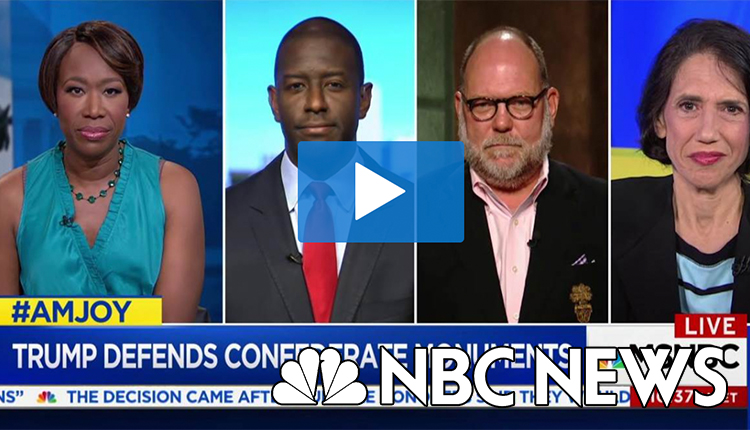 Even as it wrestles with its own diversity issues, Silicon Valley has become the reluctant arbiter of the line where free speech crosses into hate speech in the wake of the deadly protests in Charlottesville.

In an age where a lack of condemnation is tantamount to complicity, experts say tech firms have no choice but to disassociate from the alt-right, although as a growing number of tech companies cut off white nationalist groups from the platforms they use for communication, commerce, and content distribution, some have criticized the response as too little, too late.

“There’s a very intimate history between internet service providers and white supremacist groups,” said Joan Donovan, media manipulation research lead at the Data & Society Research Institute. “There was plenty of warning that this stuff was being coordinated in their spaces,” she said, but tech companies initially resisted policing the activity.

Historically, Silicon Valley has presented itself on embracing diversity in all its forms, albeit for pragmatic rather than political reasons: Cutthroat competition for users and talent means that companies can’t afford to be exclusionary.

Tech companies are stumbling in the gap between “bro culture” and open-mindedness.

“The reason this is a heightened issue in technology is technology is much more heterogeneous — it’s all over the world,” said Dave Carvajal, CEO of a technology-focused recruiting firm.

“It’s this belief people have that the tech industry should be the most modern, the most cutting edge,” said Brian Kropp, HR Practice Leader at CEB (now Gartner). “It also has this promise of capturing what tomorrow is going to be like.”

But putting these egalitarian principles into practice hasn’t always been easy. Even before Charlottesville, companies have stumbled in the gap between “bro culture” and Silicon Valley’s self-image of open-mindedness.

Uber’s ouster of CEO Travis Kalanick shone an embarrassing spotlight on the ingrained misogyny at some firms, and Google’s recent firing of engineer James Damore, who argued in a widely distributed memo that women are biologically less well-suited for tech jobs, triggered accusations that the search giant is intolerant of conservative views.

“I think what’s happening is a lot of these kinds of deep-rooted issues are being brought to the surface because of the political theater that’s happening right now. It’s stirring up a lot of this,” Carvajal said.

The violence at a white nationalist rally that left one counter-protester dead and others injured has brought this tension into sharper focus.

“They’ve been pushing very hard on many of these issues. Now they’re at a point where they have to make really hard decisions… whether or not they stand up to all the values they’ve talked about and promoted,” Kropp said.

Some tech firms have been more receptive to curtailing alt-right activity than others, said Rashad Robinson, executive director of advocacy group Color of Change.

“A lot of them seem super-focused on terms of services and this idea of an open platform,” he said. “We hear things like they share our values… but at this time there’s not going to be an update to policy.”

Some of the challenges are logistical rather than ideological, since much of the enforcement can’t be automated. It takes humans making judgement calls, and the line between talk and action online isn’t always clear. “There hasn’t been a good model so far for policy around how to monitor or prevent certain amounts of content,” Donovan said.

Tech companies also don’t want to alienate potential customers or trigger a public relations backlash. According to Ted Marzilli, CEO of YouGov BrandIndex, consumer sentiment metrics for Facebook, Apple and GoDaddy reflected little change this week. “They’re not getting a lot of credit from consumers, but they’re not being punished, either,” he said.

This could embolden other Silicon Valley leaders to terminate alt-right and white nationalist business relationships, Marzilli said, even if it costs them. “These things are always a bit risky for companies from the perspective of dollars and cents,” he said.

Whether driven by a sense of moral obligation, concern about public perception or some combination of the two, last weekend’s violence seemed to be a wake-up call, Robinson said. “It’s certainly accelerated since Charlottesville,” he said of companies’ willingness to cut ties with white nationalist groups.

“They started to think about their role in promoting this kind of talk,” Donovan said. “One thing these platforms really understand about themselves is they don’t just allow speech to flow, they do the job of coordinating action… They saw that this kind of open unmoderated speech online produced violent effects.”