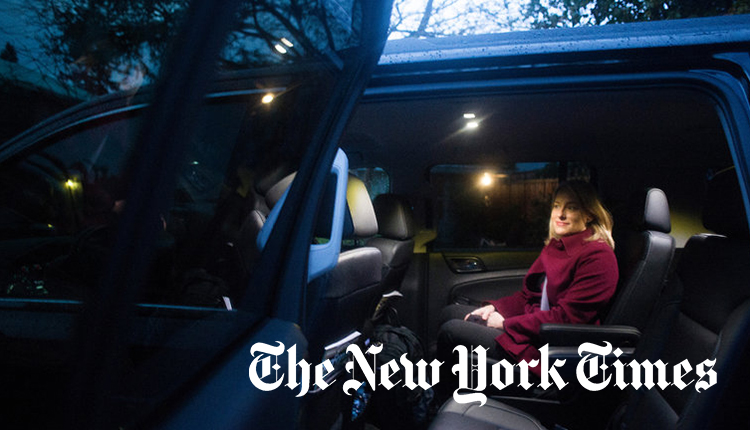 With the unemployment rate low and competition for top talent rising, travel perks are increasingly coming into play as a bargaining chip in recruitment.

One of those who benefited was Eleanor Lacey, a Silicon Valley lawyer, who said she had initially dismissed a job offer from a cybersecurity company because the position involved frequent travel, nearly all of it overseas.

“I was very secure and happy in my current job, and so I didn’t need the job,” she said.

But other benefits were appealing, like a schedule that would let her be home with her family in the evenings. So Ms. Lacey employed a tactic human resources and executive compensation experts say they see more frequently today.

“As a general counsel, I see C.E.O. agreements all the time. A few years ago, I realized it’s not unusual for C.E.O. or other C-level to negotiate their travel,” she said. “I felt like I could do a real negotiation.”

Ms. Lacey said she asked to choose flights based on the airline’s safety record rather than making price the sole determinant, and for weekends to remain travel free whenever possible so she could spend more time with her family.

When the company agreed to her terms, she took the job.

According to the Society for Human Resource Management, 17 percent of American companies in 2016 offered first-class or business-class flights for employees traveling internationally, up four percentage points from five years earlier. The number offering the same for domestic travel grew by two percentage points over that same period.

“I do think companies are aware that the best workers are more in the driver’s seat,” said John Challenger, chief executive of Challenger, Gray & Christmas, an executive outplacement firm. “Companies know that if they lose someone they value, it’s harder to go out and replace skilled workers in a low-unemployment environment.”

Greeley Koch, executive director of the Association of Corporate Travel Executives, said nearly half of corporate travel managers in a recent survey said they had fielded employee inquiries about managing work-life balance in regard to travel.

“If a company’s going out to recruit people, some of those people are asking about travel policies,” he said.

Industries where competition for talented employees is fiercest, like technology and financial services, are most likely to be flexible with travel perks to attract and keep the best workers.

As a result, Mr. Koch said, “One thing we’re starting to see is that not all travelers and not all trips are being treated the same.” In one case, he said, a company measured a travel manager’s performance on travelers’ satisfaction rather than on cost savings.

In-demand professionals say they have asked to fly nonstop rather than be forced onto cheaper connecting flights, or stipulated which airlines they will and will not use.

Making business travel a little more pleasant is a tactic companies are using for retention as well as recruitment.

“Travel is one of those sorts of things that makes life hard for people who are on the road all the time,” Mr. Challenger said. “So looking for ways to make that experience easier is something companies are doing to make it more palatable.”

Lacey Van Luven, a consultant at American Express Global Business Travel, said, “About 20 percent of the inquiries I received in the last six months alone were related to senior executive or frequent traveler perks.”

“We focus on the road warriors,” she said. “These are typically the high performers for their companies, willing to look at a better job.”

A report issued jointly last year by the Airlines Reporting Corporation, American Express Global Business Travel and the travel consulting firm tClara found that roughly four-fifths of more than 750 business travelers surveyed would be interested in working for another employer — and traveling just as much — if the travel policy was attractive. Nearly as many said a prospective new employer’s travel policy was as important as or more important than pay and responsibilities.

Companies are eager to keep these workers happy. So paying extra for business-class seats might be the more economical choice, as research has found that the cost of replacing top-level executives can total more than 200 percent of their annual salaries.

“What I’m seeing is many of these clients are willing to loosen up the purse strings a little bit at first just to see if it’s going to facilitate traveler buy-in,” Ms. Van Luven said.

“The cheapest choice is not always the most efficient choice, and that’s something corporate travel policies have trouble articulating,” said Loe Cameron, a bioengineer in research and development who spends about three-quarters of her working time on the road.

Since her company was acquired about a year and a half ago, Ms. Cameron said that she had noticed more restrictions on the hotels and airlines employees were allowed to book, but that inconveniences like overnight layovers, convoluted itineraries (say, a United States-to-Britain trip via Turkey) and routes that require stopovers in cities with political or sectarian tensions were far less common.

“It’s been, on average, an improvement,” she said. “I think we have a lot of autonomy around travel.”

“A company can win big points making their offer attractive without giving too much,” he said. It is not a fixed budget item that must be justified to investors or shareholders, and it makes the company look good from a corporate culture standpoint.

Mr. Carvajal said it was common for professionals he contacts on behalf of companies with open positions to ask for travel-related perks, along with salaries and other benefits. “Especially at the executive level, it’s all negotiable,” he said.

“The nature of work has really become ‘always on,’ ” he said. “To the degree you can find some creature comforts and make it easier for people to be more productive, it’s a sound investment.”

Via: The New York Times